Stories and reminders of Uzbekistan’s great scientists and scholars of the past can be found everywhere in the country. Travellers on the magnificent Tashkent subway, when stopping at the Kosmonavtlar station, can walk the length of the platform and view a gallery of those who built, influenced and pioneered the Soviet space program. In chronological order, this starts with Mirzo Ulugbek, whose 15th Century pioneering work on astronomy-related mathematics and trigonometry, as well as the building of the Ulugh Beg Observatory helped set this part of the world on a course that eventually sent Yuri Gagarin into space in 1961.

Earlier still, in the ninth century, the scholar Mohammad al-Khorezm produced works in mathematics, astronomy and geography and became the father of algebra and lent his name to the algorithm. When I visited Urgench, the capital city of the region that bears his name in July of last year I came away of a deep sense that his name and legacy are deeply ingrained in the character of the region, and that the people who live there don’t consider his time to be particularly long ago. 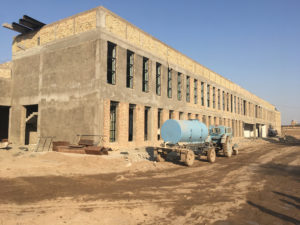 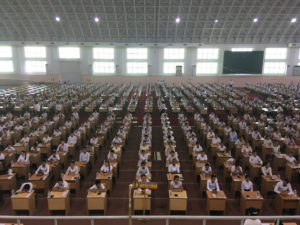 It is the legacy of men such as Ulugbek and al-Khorezm that is in many ways a driver of how society in Uzbekistan values and reveres learning, scholarship, discovery and intellectual pursuits, and how much value is placed on education in the country.

After President Shavkat Mirziyoyev took office in 2016, education reform has taken centre stage in Uzbekistan’s national development. The National Development Action Strategy on five priority areas for 2017-2021 has generated around 100 decrees, resolutions and orders by the President aimed at improving the education system. These include a programme to reform the system of pre-school education, a revision of the school system to expand provision and choice, and a five-year programme of radical improvement of the higher education system.

This also includes the abolishment of the system of student and teacher participation in the nation’s cotton harvesting, which for many years led to classrooms being emptied so that school and university students could gather the cotton, the export of which had become so crucial to Uzbekistan’s economy.

Mirziyoyev’s commitment to raising educational standards, and to Uzbekistan becoming a country that once again produces scientists of the international and historical calibre of Ulugbek and al-Khorezem, is most visibly manifested in the establishment of the Presidential Schools, the first of which opened in September 2019.

I was part of the international project team from Cambridge Assessment International Education brought to Tashkent to contribute to this effort, and I was astonished that the schools were planned, designed, built, staffed and opened in just nine short months after an initial meeting with them in January of that year. Patches of land in Tashkent, Nukus, Khiva and Namangan became architectural designs, which became construction sites, which became landscaped, full furnished, state of the art schools in what seemed like no time at all.

Students at the schools, at which places are extremely limited, are selected on a competitive basis and are tested on their critical thinking, problem solving and English language skills. Any child in the regions where a school is opening was eligible to apply, regardless of their economic circumstances. 28,500 students applied for the 480 places available in the first year. This required a monumental logistical and security effort on the part of the Uzbekistan Ministry of Public Education and Cambridge Admissions Testing to ensure fair, valid and reliable methods were used to select the students who entered the schools in September.

The examination halls in Urgench alone fit almost 1,000 children, proudly singing the national anthem before their two-and-a-half-hour final exam. Waiting outside in searing temperatures, their parents listened and waited, greeting their children with hugs and words of pride as they eventually exited the exam hall.

The schools themselves are impressive facilities with the very best classroom equipment, sporting facilities, dormitories and staff. The curriculum of the school is broad and balanced, with a focus on the STEAM subjects of Science, Technology, Engineering, Arts and Mathematics. As the students study these subjects in English alongside national compulsory subjects such as Literature and History in the Uzbek language, I was struck at the ease with which these children access their lessons and interact with the teachers, many of whom come from abroad.

Mirziyoyev visited the Tashkent School on September 10th, 2019. Scheduled to be at the school for 45 minutes, the President stayed for three and a half hours observing lessons, speaking to teachers and students, and talking with the leadership at the Ministry of Public Education and the Presidential Schools project office. I greeted the President as he entered the school for the first time, and we discussed both Uzbekistan’s great scholars of the past, and British scholars of Cambridge such as Isaac Newton and Charles Darwin. He said to me that he wanted the students at these school to stand on the shoulders of all those who came before them, and achieve even greater things for their country and the world.

Ten more Presidential Schools are planned to open by 2021, which means that there will be one school for every region in Uzbekistan. The practices learned in curriculum implementation, assessment, teaching and learning at the schools mean that they can become centres of educational excellence and models for state schools across the regions they are embedded in, which will lead to improvements in the system as a whole and better outcomes and prospects for the country’s young people.

Steve King is based in Cambridge and leads the Central Asia education reform projects team at Cambridge Assessment International Education, a non-teaching department of the University of Cambridge. He has worked in international education for over twenty years, and has been involved in educational publishing, assessment, and teacher development projects worldwide.

A firm believer in the power of education to positively transform societies, his current focus is on working with national education authorities and international development organisations to design and deliver education reform projects in the Central Asia region, particularly in Kazakhstan, Uzbekistan and the Kyrgyz Republic. He has also been captivated by the natural beauty of the region, and takes as many opportunities as possible to experience the spectacular architecture, natural environment and cuisine of Central Asia.