I have been following the discourses and actions by Extinction Rebellion for a while now, pretty much ever since its inception in London. It is an quite an endeavour and a very brave approach of handling current climate issues and the potential for an ecological catastrophe to unfold before our eyes.

As a Kyrgyz woman who spent most of her formative years in the end of 1990s and early 2000 in the UK, USA, and Europe studying and working (including a stint with the Financial Times), I gained a more or less balanced view of the Western spearheading of the Eurocentric outlook at the Rest of the World and the former USSR. I found that the outlook was tainted by the lack of understanding about the history and culture of Central Asia but with plenty of what was in fact a predatory interest in the oil, gold, rare metals, minerals, and cheap labour sourced from the region. At the same time the official, corporate, and research agenda had been linked to the human rights, democracy, and good governance advancement and most recently green economic and climate discourse – which made it seem ever more sinister, is there any disinterested agenda among them? I became aware that the hegemonic liberal ideal and method diffusion through the bilateral and multilateral organizations and their projects in Kyrgyzstan often brought harm as only a narcotic needle of donor injections can do on a community that lacked the Third Sector (the social self-organization sector) during the Soviet years. The so-called civil society started growing with the arrival and motivation of international donors and their inscribed agendas since early 1990s to Central Asia. But can we really complain about it? Can we at this time of history stay away from this, which seems to be not a mere wave but a tidal wave of tsunami proportions within the global development “industrial” complex with some unpredictable consequences for the local communities.

Nevertheless, there is still a great deal of human and cultural interfacing and interbeing that makes the globalist project less harmful in some ways. The connections at the people’s, intellects’, and hearts’ level also happened in London for me and it turned out to be a rewarding experience mainly because it brought to my attention the civil disobedience and some of the most progressive thinking about labour, land, and money. On the memorable Saturday 15 February 2003 I took part in the biggest rally ever in London, which was dedicated to stopping the war on Iraq. It was the first time I saw over a million people marching in a peaceful protest. I heard speeches full of meaning and spirit from the likes of the incredible former MP Tony Benn, Former US presidential candidate the Rev Jesse Jackson, writer Tariq Ali, playwright Harold Pinter, actress Vanessa Redgrave, Hollywood actor Tim Robbins, human rights campaigner Bianca Jagger, ex-minister Mo Mowlam, and London’s mayor Ken Livingstone. The electrifying atmosphere of the people voicing their concerns about the eminent crises shook me in a new way, I learned then that protest can shift the energy of a nation and, indeed, of the world for a long-term impact. 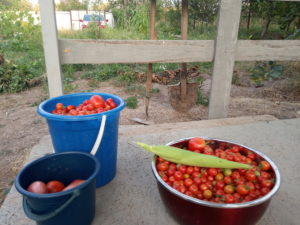 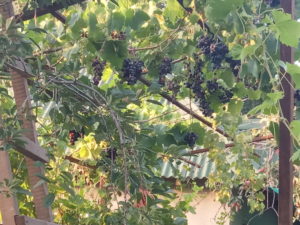 Most importantly, while living in London I discovered the incredible Doris Lessing and her feminist writing and sci-fi. In one of her books, Mara and Dann, she describes the desperate human children living on a hot planet with very little water, people fighting wars, surviving on meagre food and hiding away from the deadly heat, new types of predators and insects, new diseases. After reading that futuristic apocalypse vision I was a changed person. The connection between Kyrgyzstan and UK, between Bishkek and London became clear to me at that time. London was to become my intellectual catalyst. I knew then that the Earth, its climate, and the humanity’s survival in the nearest century would become the central axis of my personal and professional art and technology. The seeds of my Climate ABCs were planted.

Today, as many of my friends and colleagues across the world feel daunted and depressed by the looming climate issues, I cast my antennas towards London again to connect with London’s XR (Extinction Rebellion). At the same time I am have also become inspired to start an Ecological Reading group based at the office-studio of the green climate consultancy Dialecticon in Bishkek, Kyrgyzstan.

The Bishkek Connection to the Global Climate Discourse

We are starting an Ecological Reading (ER) group at Dialecticon in Bishkek, Kyrgyzstan with a group of friends during the week of solidarity with the International Rebellion. We are hoping to wake people up to the realities of climate change and the lack of policies in Kyrgyzstan in regards to protecting nature, glaciers, clean water, soils, forests, and pastures. There is a foreign corporate encroachment on the gold and other rare minerals in our celestial mountains at the time where instead what must be prioritised is the prevention of mining radiation, soil and water damage as a threat to the future generations. Yet with the globalist gold lobby being so strong, more than 2500 mining licenses have been given away to dubious companies, likely illegally.

Thus, the Ecological Readings (ER) have the chance of being timely and critical for Kyrgyzstan despite them being comprised of mostly English-language authors and books, essays and articles. This is mostly due to the fact that the Climate and Green Economy discourses are driven mostly by the English spoken scientists, communities of practice, interest groups, and the communities that are the target of and the active promoters of the green mitigation and adaptation technologies offered through the English language science and English centred finance. Yet, the most advanced thinking and action on the climate, ecosystems and regenerative ecology has been produced by very local and practical people, including inter-disciplinary scientists, activists, and practitioners in the a variety of fields. Among them are my friends and mentors Jo Brewer and Weitske Medema, researchers and authors whose work I follow closely, including Daniel Christian Whall, Kate Raworth, Jordan Greenhall, Edward Muller, John Verveaeke, Jem Bendelle, and of course the gurus of the Gaia Tradition of Earth Humanity such as Professor Stephen Harding and the maverick Professor James Lovelock. These are the authors I want to present to audiences in Kyrgyzstan. Also, I am hoping to establish a constant following among audiences to the works of authors such as Mathis Vackernagel, William Rees, Rachel Carson, David Suzuki, Naomi Klein, Robin Wall Kimmerer, Peter Wohlleben, and spiritual leaders such as Vandana Shiva and Thich Nhat Hahn.

It is my hope that the ER becomes instrumental in bringing the discourses of these authors and activists to the Kyrgyz social, ideological, and political landscape and support the exchange of ideas, filtering those that are most potent for the Kyrgyz eco-systems and social and ecological regeneration as the main antidote to the environmental destruction and societal and political neglect of the collapse at all levels. This is also one way to cope with my personal despair about the socio-ecological and climate collapse not only at home but globally.

Author: Jamilia Jeenbaeva is based in Bishkek, Kyrgyz Republic. She is the co-founder of Dialecticon and Ecological Lecture readings for Electoral Quality (ELEK). Contact: Tel. +996 777 593 460;
E-mail: jamilia.jeenbaeva@gmail.com