This year marks 30 years since the establishment of twinning relations between the cities of Shymkent and Stevenage. As part of the strengthening of educational and cultural relationships, as well as the development of bilateral cooperation between cities, at the initiative of the publishing house “Hertfordshire Press” the book  “City Blooming for 2200 Years” was published this year. The book is about the history and formation of the third megapolis of Kazakhstan – the city of Shymkent. This book, in chronological order, tells the story of the formation and development of a modern metropolis from the heart of true patriots, historians and ethnographers who are in love with their homeland.That’s why this year Hertfordshire Press in cooperation with the city of Shymkent released the first English edition of the book “City Blooming for 2200 Years”, which was presented on the Zoom platform this Monday. 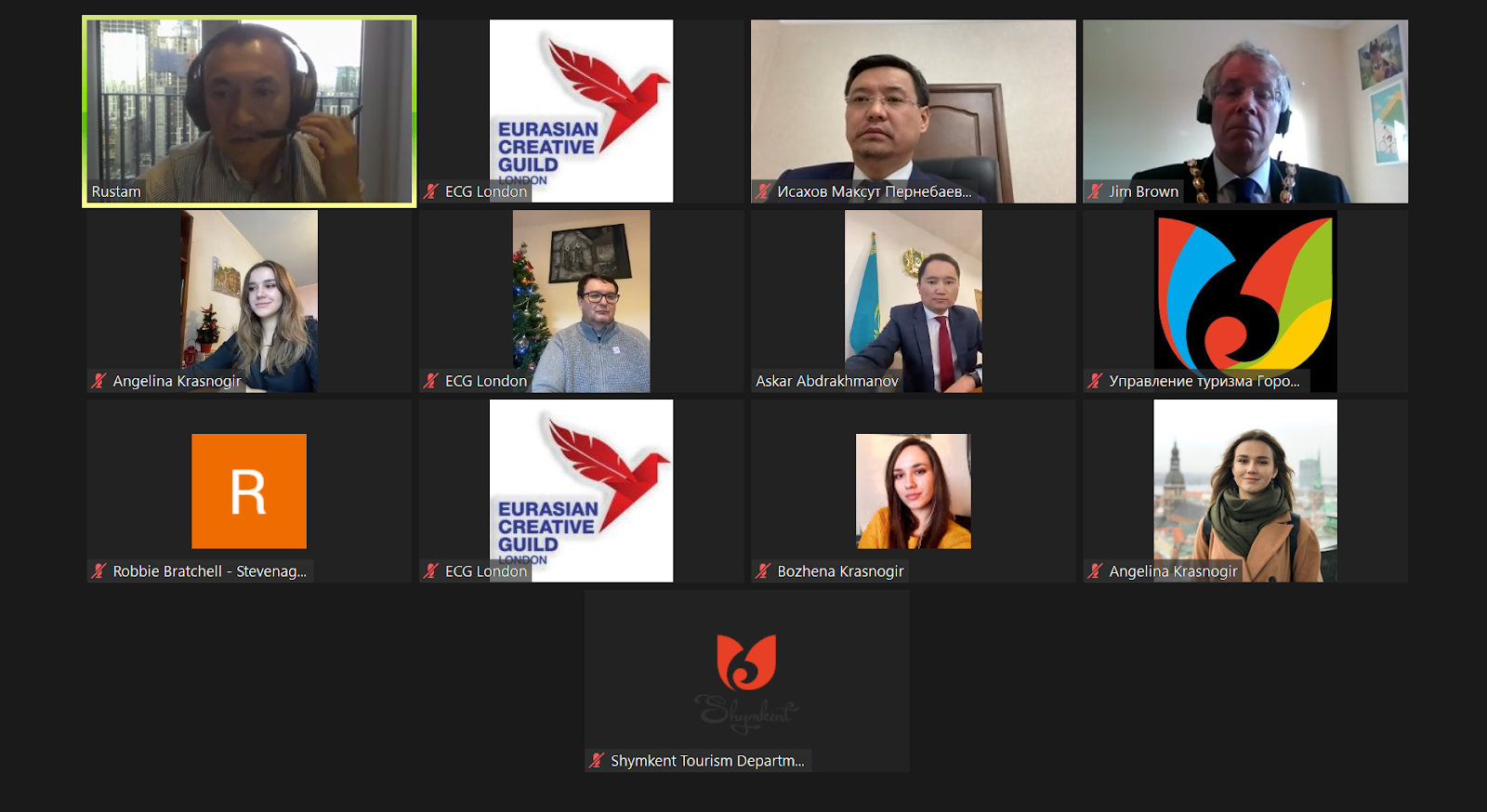 The presentation was attended by: the Mayor of Stevenage – Jim Brown, Deputy Akim of Shymkent – Maksut Pernebaevich Isakhov, Head of the Tourism Department of Shymkent – Olzhas Maratovich Shintayev, Head of the Marketing Department of the Tourism Department of Shymkent – Zhanar Sharipovna Makhazhanova, Chairman of the International Information Committee of the Ministry of Foreign Affairs of the Republic of Kazakhstan – Askar Sauytbekuly Abdrakhmanov, First Secretary of the Embassy of the Republic of Kazakhstan in the United Kingdom of Great Britain and Northern Ireland -Rustam Amankeldyuly Tazhenov and director of the publishing house “Hertfordshire Press” in Great Britain – Marat Ismailovich Akhmedzhanov.

At the meeting, warm words were said from both the Stevenage City Hall and the Shymkent City Hall, and the book was presented by Marat Ismailovich, Maksut Pernebayevich and Olzhas Maratovich. The Shymkent City Council highly appreciates the close relationship with Stevenage and has always remembered the 30th anniversary since the company was founded back in 1990. Shymkent City Hall always fondly recalls the

visit to Stevenage in 2015, during which the city celebrated its 25th anniversary. Taking into account the huge potential of both cities, the two sides of the mayor’s office consider it essential to continue work on the formation of cooperation in the field of education and culture in order to enhance the sustainable development of the twin cities.